It’s been a while, and it’s been a every year thing the last few years that I disappear around October and pop back up in January. I never feel like blogging, or working on my site during this period, I always just feel generally down and so, it’s just better that I don’t force myself. I probably won’t be that active until mid-January because I’m actually going to be busy, but I will try and post during that.

This will be a short blog post, but I wanted to get it out before the end of the year because it’s my yearly spread, and it’s not much different than other yearly spreads, or also called year ahead spread, or if the cards are laid out like a circle the wheel of the year. I’m keeping it simple though.

The first six cards are laid side by side in a line. 1-6, the numbers corresponding to each month, so i.e. 1 being January, 2 being February, 3 being March, so on. The next six cards, which are 7-12 are laid under the first six, also side by side. Then the last card number 13 is the overall card for the year, and is in it’s own row. Image of the spread below, in case someone wants to save it. 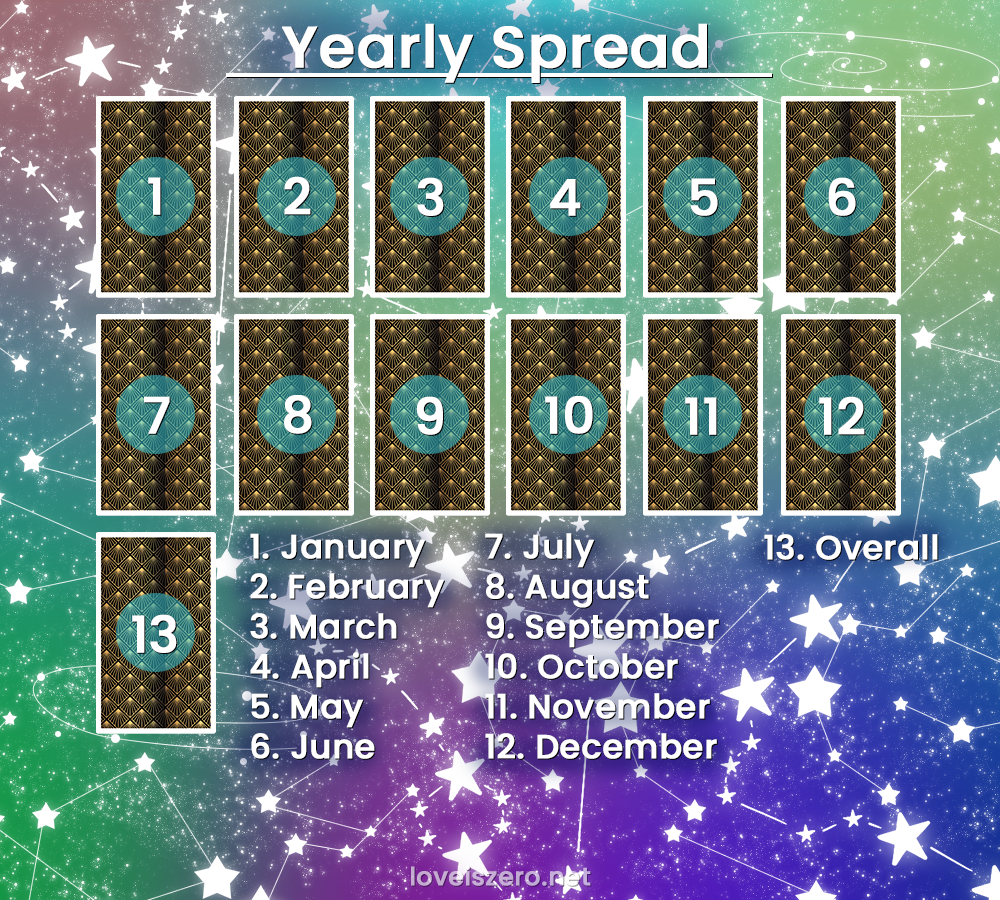 The way I thought about this was in one of Dustin from Modern Metaphysicae was talking about his year ahead zodiac spread, so I was interested, and researched. Then came up with mine, which is not unique but slightly personalized. Like some didn’t have the 13th card, others had it as a signifier, theme, energy, or to use an oracle card. Then for the months that was the same as most, some other options were some people used 1-3 cards. I didn’t look at the zodiac part, mostly because astrology is something I have just dipped my toes in. 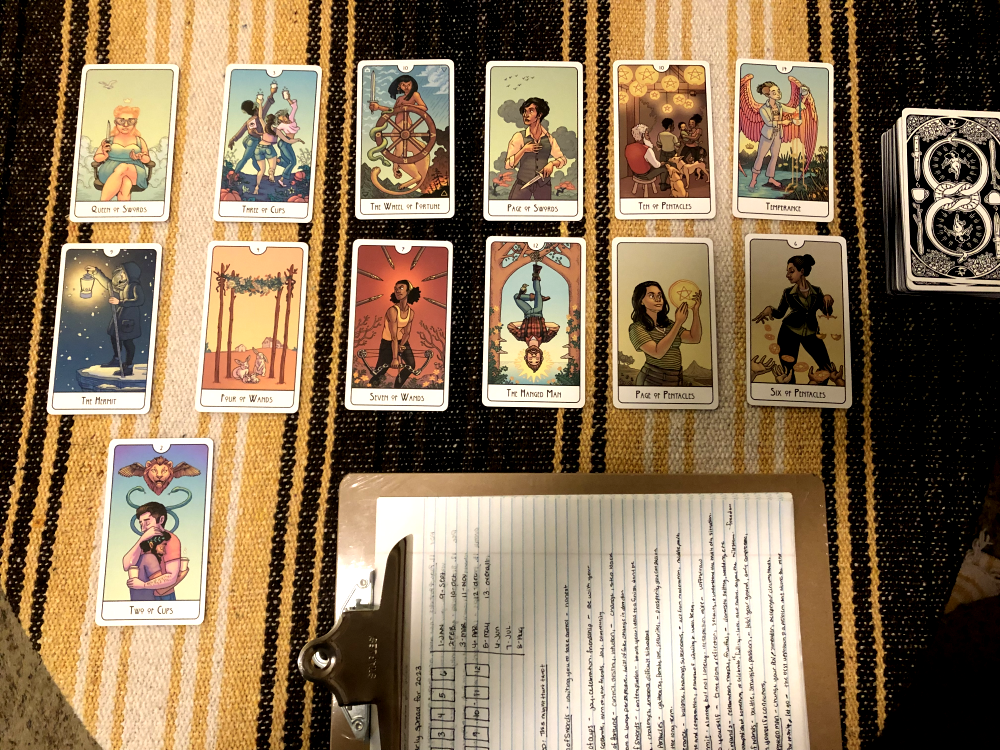 So, yeah I wanted this out before the end of the year in case someone wanted to use it, but if are looking for something else, that’s okay too. I used my This Might Hurt Tarot cards.

This was my first time doing a yearly spread for myself, or anyone else. Are you interested this, or do you have something else you do to prepare for the new year? Let me know.